why do we need wellness in the 21st Century 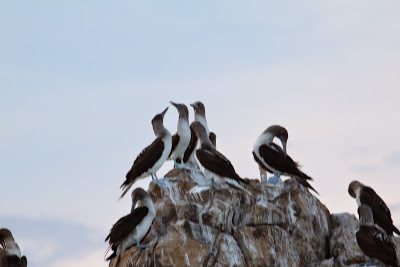 As the world evolved from a post world war II´s lack of food, the necessity to feed an expanding number of families, at some places called the baby boomers, and in other poor countries, simply generations of men and women wishing their offspring would survive, the world of food began its primary change.

The industrialization of food, the creation of GMO´s, the expansion of transportation, and more world wide, led to an overproduction of food and eventually an enormous help to many countries dying of starvation. In US, it was the beginning of a wealthier, happier, or at least happiness searching society that in time, eventually included blacks, jews and women into the higher education schools allowing them too a place in the new economic growth of the second half of the 19th Century. Baby steps led to what the world was like pre electronic communications and technology. A new way of preparing foods, refrigeration, freezing of otherwise only canned goods were created. TY dinners, dried and-or precooked products like instant potatoes and minute rice tried to allot extra time for the women to leave the household and engage into the workforce.

A gigantic change, a complete Worldwide cultural revolution, that hit both developed and underdeveloped communities came when communication went satellite and the home computer was created. Thereafter the world had leaps of innovations by the day, like an explosion of creativeness hit the more developed minds, in garages or mega factories, all leading to a global distribution that turned the world flat and fat. From under-provisions of food to over production, over indulgence and over growth of purchase power the US particularly, and some countries have followed, or are following, became the most obese country and also the sickest one in the world.

Government and private spending on health went from xxx to xxxxx in just decades. The average weight of a human being from the 1980´s increased more than 10 pounds per each ten years. The lack of the need for physical mobility (cars, remote controls, video games and 24-7 television) has become a major part in the chain of problems after the new forms of technical and technological advances hit all levels of society. A problem to such an extent that food markets and malls offer electric wheeled chairs to people who need them, mostly obese Americans. The work force has endured two mayor changes, higher medical costs and higher number of unworked days due to health issues.

The human race has advanced in many ways, yet the children of the late baby boomers are expected to live 10 years less than many of their parents. The drug companies keep creating more medication for us than ever before, and still the rate of individual sicknesses, and lately unhappiness, have increased. We have tried everything that the brightest minds of this world (which now interconnect daily, like never before) have developed to try to eradicate these issues, and possibly we are at the first steps of change.

An interdisciplinary movement led by Harvard and the CIA, has brought together scientists, medical and nutrition professionals, industry´s whole sale and retail and even chefs, from all places, for the 3rd time this year, 2014. Their purpose, which is coming along well, is to evaluate the way to walk a path, they have discovered involves all of us, together as a society.

My standing in this whole interdisciplinary and global problem is hat ….PEOPLE MUST TAKE CHARGE of THEIR own FOOD CHOICES.

Humans are educated enough and have free resources now a days, almost everywhere in the globe, to be able to learn and take a stand in each ones own health and lifestyle. This might include taking a longer look at our family structure and community.

PEOPLE MUST FEEL ACCOUNTABLE FOR THEIR HEALTH

Teaching or learning how to lead a healthier lifestyle through food, movement, social behavior and mental care is the challenge we all have. Each of us can share our knowledge; that one we master. We must also be open to receive the teaching of that we do not fully comprehend or practice. I personally hope, that through the cooking and science background I have, I can share my grain of salt into this flavorless soup that we are leaving for our children. Our generation has had it amazingly well compared to others behind and I feel I owe it to life to give away my experience as a chef, author, teacher and mother. On the other hand, I am reaching out and receiving much advice into the other aspects of my life that I myself must do: movement, community and mental health.

So to all whom wonder why I came out of a 2 year retirement I was just beginning, at the ocean, the blue skies and nature, I say, this gives me life and feeds my soul. Maybe something I was in need of and didn´t know. 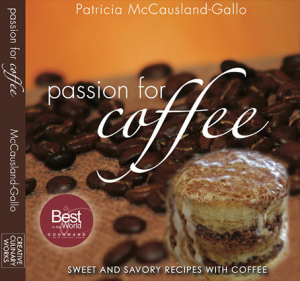 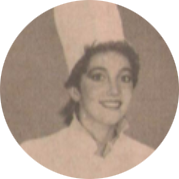 Patricia McCausland-Gallo is a nutritionist, pastry chef, teacher, and food writer born in the Caribbean town of Barranquilla, Colombia. She has a B.S. in Foods and Nutrition from Louisiana State University, attended a School for Retort Operations, and completed courses of instruction prescribed by the Food and Drug Administration.